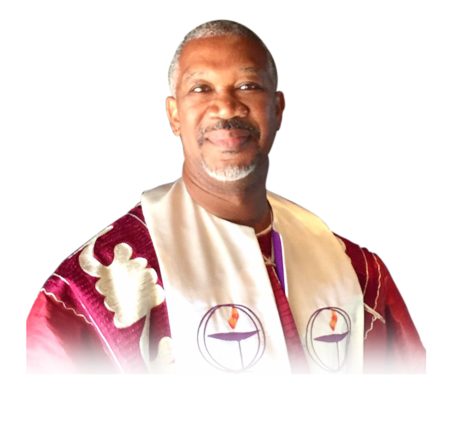 Rev. Duncan E. Teague is looking forward to meeting you and discovering what you want to do to help make Abundant LUUv the joyous community.  Rev. Teague enjoyed a career in HIV/AIDS education, advocacy, and research coordination when he accepted this specific call to lead the establishment of Abundant LUUv Congregation. Teague is certain that at this time The West End community of Atlanta is ready for and has been waiting on the Abundant Love Unitarian Universalist (UU) Congregation.

Rev. Teague worked as Georgia Equality’s Faith Outreach Consultant along with the Freedom to Marry organization during the 2015 Georgia legislative session. It was the summer marriage equality happened nationally.

The idea for Abundant LUUv began to germinate during his time at Candler School of Theology, Emory University, where he obtained his Master of Divinity in 2011. He was ordained by the Unitarian Universalist (UU) Congregation of Atlanta and credentialed by the larger UU Association in 2014. He is a 2015 inductee into the Board of Preachers of the Martin Luther King, Jr. International College of Ministers and Laity. The UU General Assembly 2016, he was the Saturday preacher in Columbus, OH along side the Rev. Chris Buice, his mentor from Knoxville, TN. Teague was a chaplain at the Southeastern UU Summer Institute (SUUSI) 2016 and 2017 where he was also a guest preacher. This second largest gathering of UU’s is in Cullowhee, NC.

Rev. Teague this year was granted the honor of Georgia House Resolution 290, sponsored by Representative Park Cannon of District 58.  He is thought to be the first out, Black, gay man to receive such in Georgia.  This honor was co-sponsored by nine other state representatives.  Teague has been recognized for his leadership and work by the Atlanta Pride organization, In The Life Atlanta; official originators of Atlanta Black LGBTQ Pride, Sojourn, GA Equality, Atlanta Executive Network, The Employees of AT&T, Creating Change of National Gay and Lesbian Task Force, the Centers for Disease Control and Prevention (CDC), and many others.

Some will recall that Rev. Teague is also the senior member of the performance poets, The ADODI Muse; A Gay Negro Ensemble. He is a published poet and writer.  Rev. Teague lives with his longtime companion and husband, David Thurman, a semi-retired neuro-epidemiologist with the Emory School of Medicine, and the National League Against Epilepsy.

Rev. Teague includes here this important health information. He is a survivor of prostate cancer, having had successful surgery the very week of his ordination.  He was declared undetectable after a course of radiation the next year.  Early detection and several treatment options now can stop this killer of men, especially African American men. Abundant Love and courage. 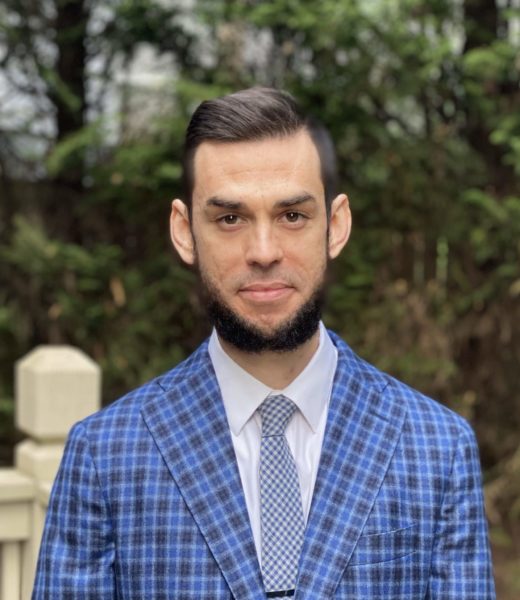 Rev. Jonathan Rogers believes in the words of Dr. Cornel West, that “justice is what love looks like in public.” Since before he was old enough to write, Rev. Jonathan has been publicly standing up for fairness and equity. A founding member of his high school’s Civil Rights Team in Fairfield, Maine, the first protest he led was at his high school against the petro-imperialist US invasion of Iraq in 2003. In 2006, while a student at Brown University, he was arrested protesting the Iraq war at the office of Rhode Island Senator Jack Reed, a member of the Senate Armed Service Committee. Rev. Jonathan went on to study ministry at Harvard Divinity School, and was part of climate justice and Occupy Boston movements while living in Massachusetts.

Since moving to Atlanta in 2012, Rev. Jonathan has held ministerial positions at the UU Congregation of Atlanta, and Northwest UU Congregation in Sandy Springs. In 2013-2015, he also served as Co-Facilitator of the Young Adults at General Assembly national UU young adult network. Rev. Jonathan can be blamed or credited with the introduction of “church planting” to Rev. Duncan Teague. He invited Rev. Teague to the Plano, Texas workshop on the subject that inspired Teague to consider the calling of building a new congregation. Rev. Jonathan stands in solidarity with the decade-long campaign by undocumented students opposing Georgia Board of Regents policies 4.1.6 and 4.3.4. These policies effectively ban undocumented students from attending public universities in Georgia, and make Georgia one of three states, along with Arizona and Indiana, with such a ban. In the 2020 election cycle, Rev. Jonathan was a volunteer leader of the UU the Vote Phone Bank Squad, and a paid organizer for Georgia UU the Vote during the Senate runoffs. Rev. Jonathan lives in Decatur with his wife, Dr. Annie Massart, and their three dogs. He enjoys barefoot running, tending the garden, and watching WNBA basketball in his free time. 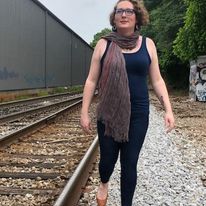 Catherine Moore is an Atlanta transplant from the rural mountains of north Georgia. She is a graduate from Georgia State University with a M.A. in Religious Studies and a Graduate Certificate in Gerontology. Currently, she is a student at Columbia Theological Seminary where she is pursuing a Master’s of Divinity and a Masters of Arts in Practical Theology with a concentration in pastoral care. Her research focuses are in trauma healing through sexual expression, finding the divinity of the body as a tool of spiritual growth and healing, and liberation in the transgender and non-binary communities. She plans to pursue ordination in the Unitarian Universalist traditions after graduation. 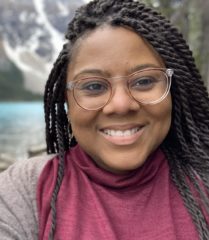 National Organizer, UU the Vote and much more!

Bio coming someday… when she gets finished in her garden…

Mr. Kenneth Clark, a proud native of New Orleans, finished his undergraduate degree in accounting at Loyola University in 1987. After seven years of experience in accounting and banking, Mr. Clark decided to seek a career in primary education where the presence of men could make a difference. He obtained his Masters of Education from Georgia State University in 1996, and a Specialist in Education degree from the University of West Georgia in 2005. He currently teaches gifted and high-achieving children in a metropolitan area school district. He also teaches and coaches chess to children, has taught professional development courses to other educators. Mr. Clark has served as a volunteer leader in several small and large community-based organizations over the years.

Earl Daniels has been an active UU since he first attended the Valdosta Fellowship in the mid-1990s. He contributes his computer and IT expertise to many nonprofits. He has deep experience and passion for genealogy coaching and research.

Rev. Wylie Hughes is a native of Atlanta, GA with an undergraduate degree in Religion and Philosophy from Clark Atlanta University. After undergraduate schooling, he enlisted in the United States Marine Corps as an Arabic Translator during Operation Iraqi Freedom. It was in the war that he received his “call to ministry”.  After two tours in Iraq he returned to the states and enrolled at Columbia Theological Seminary in Decatur, GA where received his Master’s in Divinity.

Now an ordained minister in the Presbyterian Church (USA), Rev. Hughes is in good standing with the Church of Scotland and supply preaches in various congregations throughout their International Presbytery. When he is not preaching he is at home with his wife and year old daughter in Budapest, Hungary, where teaches high school English as a private tutor and an English lecturer at two art universities. 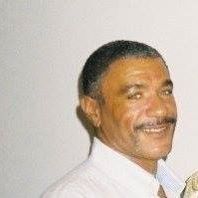 Since arriving (2009) from his thirty year Tampa Bay home in St. Petersburg, Florida, Michael has had his fingers on the pulse of gentrification in SW Atlanta. In 2013 Michael purchased a small commercial property located at 1329 Metropolitan Prkwy SW, and in 2015, Bucktrust Incorporated, an Estate Sales and Services, company was borne. After retiring from a 30 year plus real-estate career of selling luxury waterfront homes and commercial endeavors he returned to college as a nontraditional student and obtained a B.A. in Cultural Anthropology from the University of South Florida in 2007. Combining his extensive real-estate career with his Cultural Anthropology Degree, Michael brings an anthropological perspective to the estate sales industry that is rarely found. In his own words Michael stated “the estates of the underserved merit as much stewardship as the estates of the elite, particularly the African-American estates of the South.”
On any given day Michael can be found foraging various neighborhoods in search of disregarded artifacts, ephemera and architectural salvage. In addition, Michael is an avid supporter of the arts and has been a consummate volunteer and supporter of The Mountain Learning and Retreat Center in Highlands, NC. Michael attends Hillside International Truth Center and is new to the study of Unitarian Universalism. Michael has resided in the North Ormewood Park neighborhood of East Atlanta since 2014.

People who have helped with the formation of Abundant Love. We are grateful for what they brought to our effort.

Despite many years on a spiritual journey within and outside the walls of the Unitarian Universalist movement, Lyn May remains a seeker and a critical participant within the faith. She is an active member of the Unitarian Universalist Metro Atlanta North (UUMAN) congregation, of Roswell, GA. May was also involved in the Thurman, Hamer, Ellington (THE), the first such effort in the 1990s to establish a Unitarian Universalist congregation in the African American Atlanta community.
May has had career success in journalism, politics, and television. She served in the administration of the late Mayor Maynard Jackson, and the city of Atlanta during the 1996 Olympics. She was also executive director for the Georgia Campaign for Adolescent Pregnancy Prevention, a non-profit organization founded in 1995 by actress and activist Jane Fonda.
Lyn’s honors include the Matrix Award from Women in Communication, awards from the Lambda Kappa Mu National Professional Women’s Society, three New England Emmy nominations; a Southeastern Regional Emmy nomination for individual performance; and, 2007 and 2008 Telly Awards in the New York market.

Jena Jones is one of two lifelong resident Core Team members, of not only Atlanta, but she was reared in the Southwest area of the in the Cascade community.  Her parents were educators. Jones used her artful passion and skill in photography which she channeled into her former vocation from which she retired. She worked with the International Coca Cola Company, in trademark and brand integrity and enjoyed world travel central to her duties.  She is an award winning photographer shooting both independently and in conjunction with her fellow artists in Sistography, a collective of African American women behind the lens.